One of the awesome things about my new town is the option of walking to the farmer’s market on the weekends. Not only is this easier than driving to a grocery store, but it also allows me to eat with the seasons and the options aren’t disguised by the globalized distribution networks of large supermarkets.

Last weekend was my first foray into squash for the season. I picked up the largest spaghetti squash I could find not knowing what I would make from it. At the same time, I’ve been craving chili since I hadn’t yet made it this fall.

I was thinking I would create some kind of chili with squash all mixed in but instead I found on a blog a Kraft (surprise) sponsored recipe for a cheesy squash pie with chili. Yes, an interesting application! 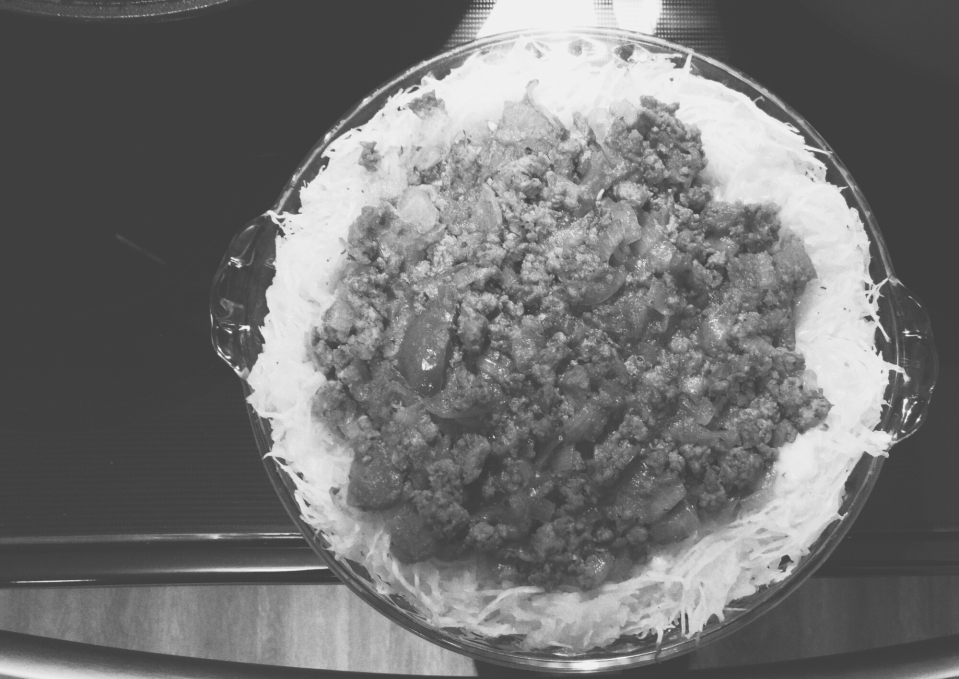 The hardest and most time consuming part was roasting the squash so I could spoon it out. Actually, the hardest part was cutting the thing open. Roasting the large squash was the most time consuming and took about an hour or so in the oven. I read some reviews where people were saying they were nuking squash in the microwave to cook it. I would maybe consider this in the future, but instead might cut the squash into smaller pieces to increase coverage or at least poke holes all over with a fork.
The dish came out amazing! I couldn’t believe how well the flavors of the chili melded with the squash. I didn’t use nearly as much cheese, and I skipped the sour cream and other optional accoutrements. For my chili, I used dark, ground turkey meat. It was a lot of food, but it made for awesome weekday lunches that weren’t heavy. I didn’t really care that the recipe was gluten and carb free but some people might. Yum!